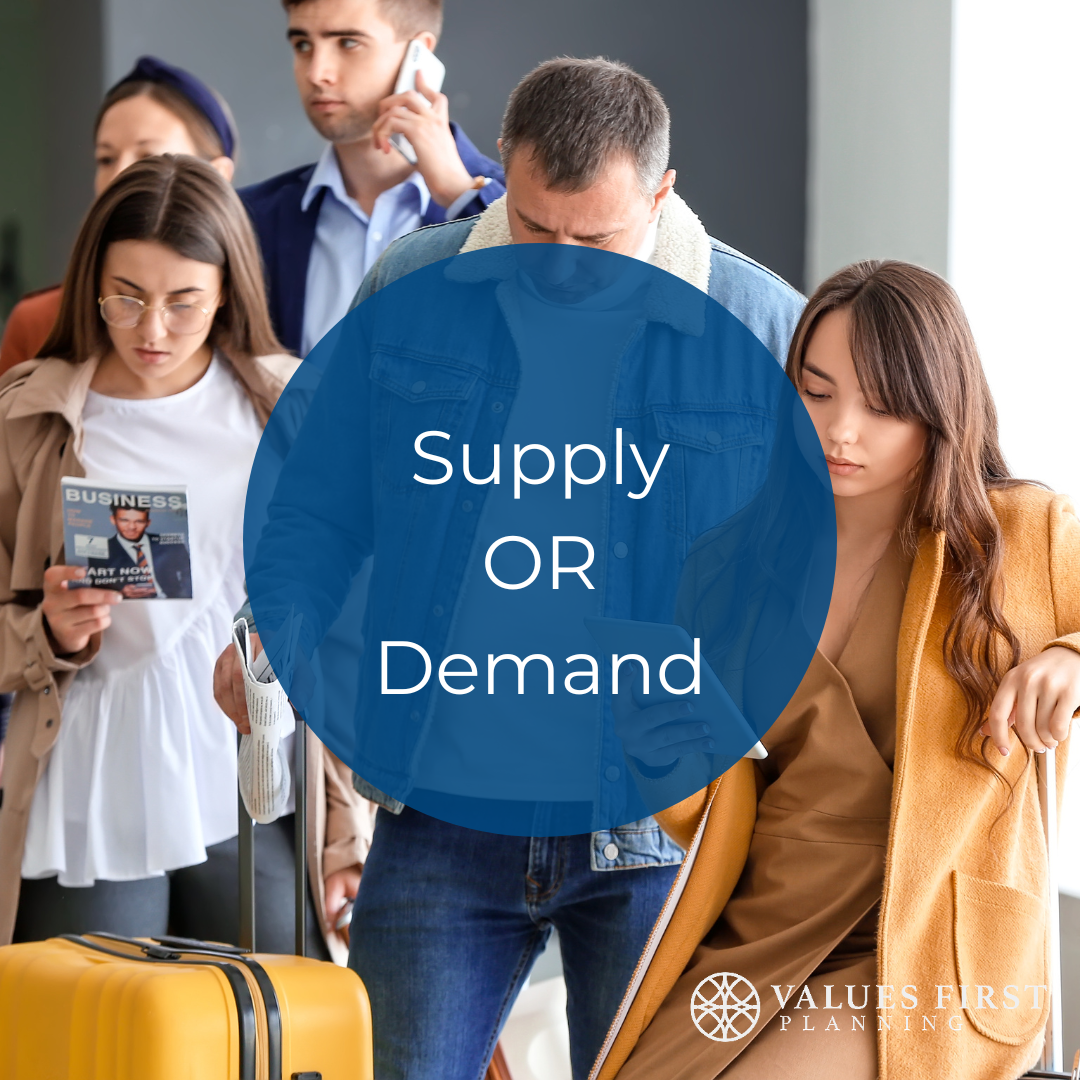 One of the newer features of our current two-party system is the politicization of everything. Up until recently, most administrations shied away from claiming things about the markets. They recognized the markets were fickle and that if they were your friend today, they might “Et tu, Brute” you tomorrow. But now? Everything can be blamed on or credited to politicians - including whether or not the U.S. economy is in (or in the process of entering) a recession.

While we all like to have a clear villain to blame for our problems, it typically does nothing to resolve the actual issue. So, I thought we might leave out the politics and share some of the facts we know.

Inflation happens when too many dollars chase too few goods. We know that a lot of extra money was injected into the economy in 2020-2021. We also know that too few goods were available due to supply chain issues and shutdowns from COVID – both here and in other countries (primarily China). That is what has made this situation so unique – a combination of too much free money AND the work stoppages that reduced the supply of goods we want.

But instead of just talking about “supply chains,” let’s start thinking about this in the bigger framework of productivity. Lumber didn’t go up in price because there were no trees, and beef didn’t go up due to a shortage of cows. It was a lack in production (or productivity) that caused the supply side of problems.  People were not there to do the work. The productivity problems were not just seen in the products we buy, but also in the services we use. Whether it be the airlines, the IRS or just calling your bank, finding someone able and willing to help has been a real challenge. This loss in productivity has made goods and good service very hard to find. That scarcity pushes prices up.

Companies are trying to solve the productivity problem by bringing workers back to the office and hiring new workers to get production back up to meet demand. When productivity goes up, prices tend to come down.

The Federal Reserve (Fed) is trying to help the economy by doing its primary job of maintaining stable pricing. The challenge is that the only real tool the Fed has is to add or subtract money from the banking system by lowering or raising short-term interest rates. Raising interest rates like they have done in recent months makes borrowing more expensive, which reduces the amount borrowed and in turn reduces money in the system.

So basically, we have two opposing forces. We have an economy that is trying to increase productivity (more hiring) to meet demand and a Fed that is trying to reduce economic activity (less money and fewer jobs) to reduce the demand. If the Fed doesn’t go too far in raising rates, where these two forces meet could be a stable equilibrium.

A typical recession does not involve a massive drop in productivity, which is what makes this recession – if it is one at all – so different. We will be watching for productivity to improve. We need to wait for the Fed’s action to soak up the extra money that was pumped into our economy. But these forces do not turn on a dime – no matter what we or the politicians want.

We anticipate inflation slowly trending down over the next few months and for the Fed to slow its rate increases in the coming month or two. If inflation and market gyrations are causing you stress – let us help.